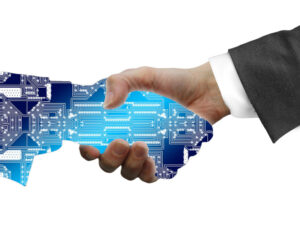 Project Gigabit is a £5 billion government infrastructure project aimed at delivering fast and reliable gigabit-capable broadband to homes and businesses in the hardest to reach parts of the UK. The project falls within the scope of work carried out by the Department of Digital, Culture, Media & Sport (DCMS) and is managed on a day-to-day basis by Building Digital UK (BDUK).

Project Gigabit is expected to be achieved via a range of different delivery methods, outlined below.

More information can be found at the HM Government Project Gigabit website.

County Durham is one of the first areas of the country to benefit from DCMS gigabit broadband contracts, which will see a broadband supplier(s) utilising public subsidy to upgrade parts of the Durham County Council local authority area to gigabit-capable broadband. Delivery is expected to take place under two separate contracts for the area.

Contract 1 – will focus delivery in rural areas in the west of County Durham in the Teesdale area. In September 2022 DCMS appointed Borderlink, trading as GoFibre, to deliver this contract which will result in more than 4,000 rural premises being able to access ultrafast gigabit-capable broadband offering speeds of 1,000 Megabits per second (Mbps). Details of which premises are due to be upgraded as part of this contract are expected to be known early Spring 2023.

Contract 2 – will focus on a larger geographical area to contract 1 and will see delivery across multiple local authority areas in the North East of England region, with particular emphasis on delivery to parts of Durham County Council and Northumberland County Council local authority areas. Details of which broadband supplier has been appointed for contract 2 are expected to be known Spring 2023.

The GBVS is a supplier led scheme whereby eligible rural communities work with a broadband supplier of their choice, who will provision the community with gigabit-capable broadband using vouchers issued via the GBVS. Vouchers can be claimed by the supplier up to £4,500 per eligible residential or business premise.

More information can be found at the HM Government GBVS website.

Please note: The Department for Digital, Culture, Media and Sport have placed the GBVS on hold whilst they go through the process of contracting for Project Gigabit. The scheme will re-open as soon as possible.

For eligible rural areas where a premise is unable to achieve broadband speeds of greater than 30Mbps, Durham County Council offer a Top-Up Scheme, which effectively increases the value of the GBVS vouchers.

Please note: The Department for Digital, Culture, Media and Sport have placed the GBVS on hold whilst they go through the process of contracting for Project Gigabit. The scheme will re-open as soon as possible.